Don't worry, I'm still around. Yes, it's been a shade over a month since I posted last. I've been taking on more responsibility at work, leading to some longer hours, and in turn that's allowed the to-do list outside of the office rear it's ugly, ever-growing head. Baseball cards and blogging have just had to take a back seat. I think we've all been there. That said, you can expect sporadic posts from me over the next several months I would imagine, as the baseball season kicks in to high gear and the workload continues to at least stay steady.

However, I would be remiss if I didn't use a mildly free evening to display one of the packages I've neglected for far too long. Night Owl Cards is a staple of the blogging community - someone else would have to confirm, but he might be the current longest-running blog out there. Ever since I started this blog I hoped to somehow get on one of those first-name, surprise-package basis with him. That, to me, would mean I was no longer the new guy, and had arrived.

Shortly before Super Bowl Sunday, that dream was realized when a fat bubble mailer from New York was found shoved in my mailbox. 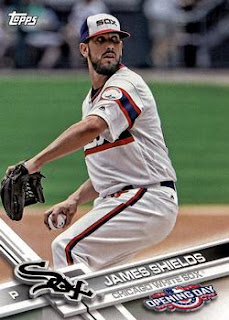 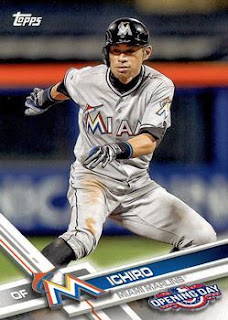 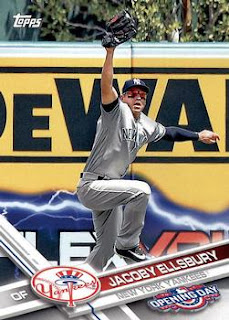 Lightning-Butt Ellsbury will never get old. 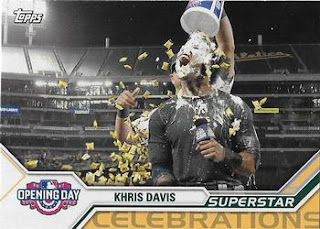 It's my intention to build the base set, including variations, plus all of the basic insert sets (no relics, signatures or printing plates though). 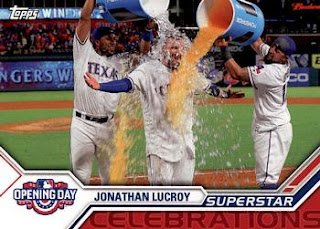 Of course I intend to do the same with the entire Opening Day run, dating back to 1998. My 2017 set took a huge leap forward with these cards from NO. I think it's time I wrap up the 1994 Fun Pack set and focus my energies on some of these OD sets. 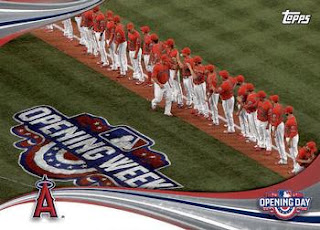 I just picked out a few of my favorite cards from this package to show here, like that James Shields (love those Sox uniforms) and a quiet tribute to Ichiro (one helluva hitter).

That makes up 2/3rds of the package. I will be showing the other 13 cards individually here - sorry about it. If you aren't interested in Shawn Green, you may want to skip to the end. 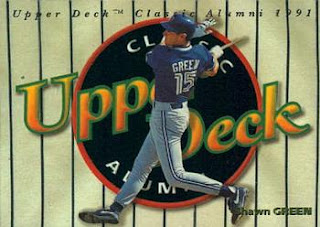 I can definitely have too many 1990 Donruss Rick Aguilera cards. But I can never have too many Shawn Green cards, especially young ones. Because of that fact, this duplicate is welcomed with open arms. 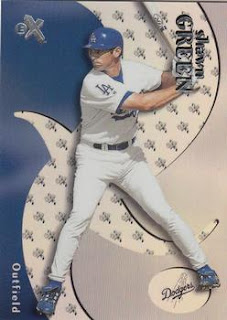 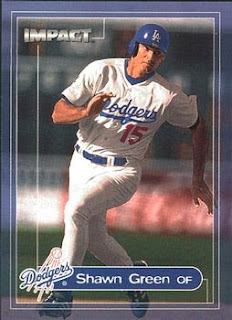 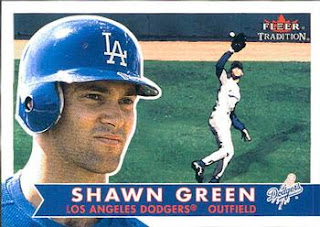 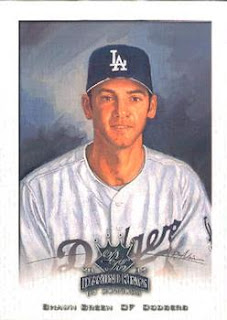 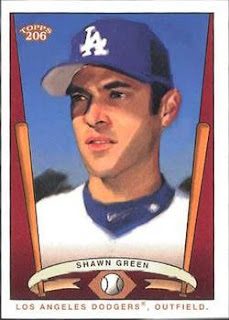 Here's a pair of 2002s. The scans aren't great (borrowed from the TCDB) but enough to get the gist. The T206 is actually an insert from that set; I don't know much about it but I'm intrigued. 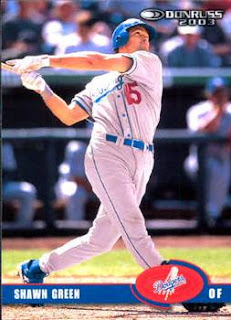 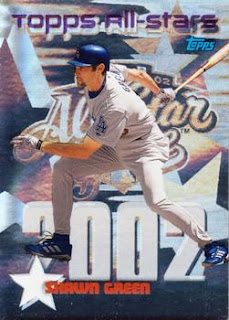 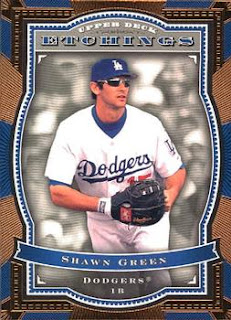 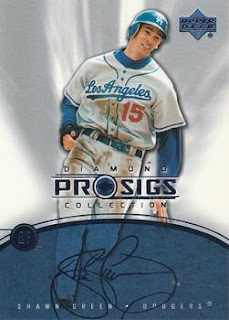 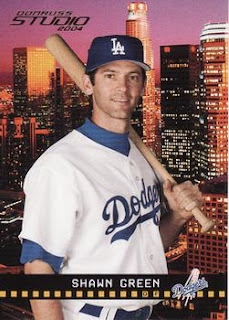 Three 2004 cards that I've never seen before - not just for Green, but any of those sets. I really like the Etchings from Upper Deck and the skyline in the Studio cards.

To wrap things up, here's a couple pictures of two cards that didn't have scans on the TCDB - one I would add if I had a scanner, and one that wouldn't meet site guidelines: 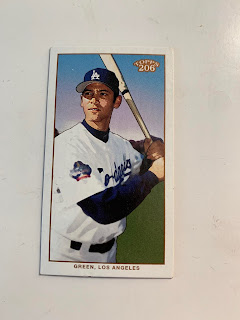 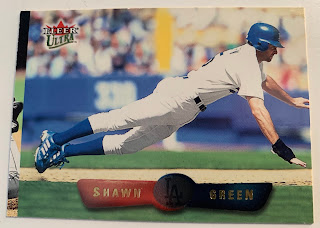 Finally, we have this spectacularly mis-cut 2002 Fleer Ultra card. Yeah, that sliver off to the left isn't this card. I don't go out of my way to seek out mis-cut cards or the like, but I will gladly take them in a situation like this. In fact, whenever I get around to paging my Shawn Green cards, any mis-cuts and anomalies will likely get their own section.

Night Owl, I thank you so much for this generous package. I apologize for how long it took me to publish a public thank you. I'm (slowly) working on piecing together a return for you, a bit at a time. Hopefully I can get it out your way soon.