Post #94 - "The Angels, In Order" Presents: The Year for Team Traders

I accidentally just took a nearly two month sabbatical from blogging. Whoops. But after reading Wrigley Roster Jenga's post yesterday, I see I'm not the only one. Once I started hitting 60 hour work weeks with two jobs, I just didn't have the time to get any posts up. Any free time spent with cards at all was spent validating teams or names on the TCDB (and that wasn't much!). Things aren't necessarily slowing down, but I have time today to pound out a post (or hopefully two) to get back up to speed for a bit.

Those of you who read Tom's blog "The Angels, In Order" may remember closer to the beginning of the year that he offered up team lots to be mailed out over the course of the year in an effort to give back to the collecting community and thin out his own stash as well. Of course, I'm never going to turn down an opportunity to jump on some free Reds cards, and a bubble mailer packed with four team bags arrived the other day. I finally have an opportunity to show off some of the goods from Tom, but for the sake of brevity (and the fact that I have to work tonight) I'll be showing off my top 10 favorite cards from the mailer, as well as the new Joey Votto's that came with it! 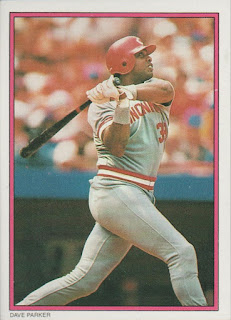 I love getting Dave Parker Reds cards. This one is no exception. 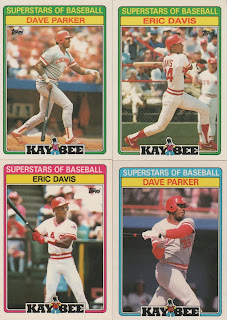 Obviously this group of four is only counting as one entry. I've mentioned before how much I love these Kay Bee cards. The top two are from 1988, while the Davis on the bottom is a 1989 and the Parker is 1987. 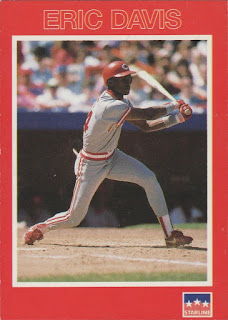 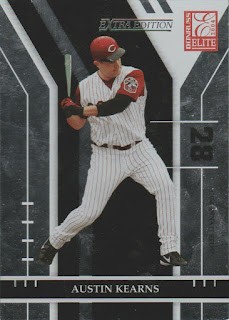 I could launch into a lamenting paragraph here about how shiny cards don't scan well, but instead I'll just leave it at talking about how Kearns was an integral part of the mid-2000s Reds teams that I first fell in love with. 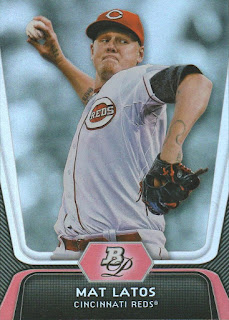 I'm not a Mat Latos fan. In fact, I still shudder thinking about his tenure with Cincinnati. But I always like getting new Bowman Platinum cards, as it's another example of a "high-end" set that is vastly under-represented in my collection. 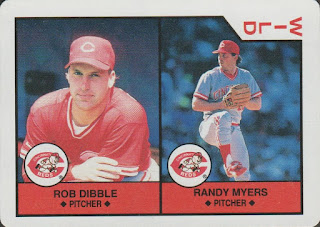 How appropriate is it that two of the Nasty Boys appear on a "Wild" card? 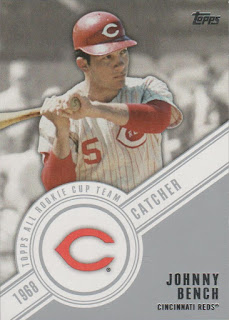 It may not be a vintage Bench, but I'll take any of them that I can get my hands on. 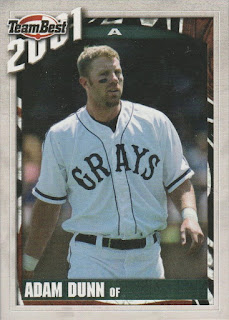 Dunn, much like Kearns above, was another mid-2000's Red that I gravitated towards. Throw in the fact that this is a minor league card (!) from his time in the Midwest League (!!) and he's shown in a throwback uniform (!!!) and it's a wonder that this wasn't #1 on the list. 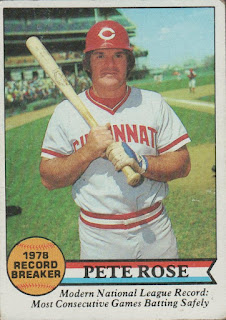 Excuse my poor crop job. Other than that, do I need words for this baby? 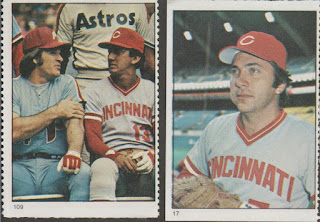 Again, if you can find it in your heart to overlook the poor cropping ability that I'm displaying today, you'll see two delicious oddballs from the 1982 Fleer Stamps set. And Pete isn't even a Red on these!

One more card for today, as Tom managed to knock down another Joey Votto for me. 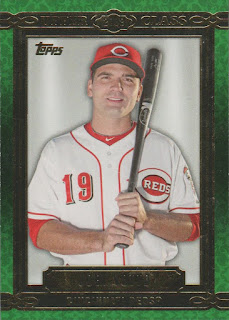 Tom, thanks so much for this wonderful, generous package. I'll make sure that the next time I'm home and digging through some boxes that I pull some Patriots and Angels for you. Also, I apologize for the delay in getting this post up, but I hope I'm forgiven.

As always, thanks for reading, and have a great rest of your weekend!

Posted by Hoarding Cardboard at 3:56 PM