Two different packages that I'm going to show off tonight, and a slight bit out of order, but that's okay.

First up is a one-for-one trade that I initiated on the Trading Card Database on Friday. I deleted and started re-entering my entire collection on the site a while back, and I'm still working on getting my tradelist back up to date. The nice thing about this is that it has allowed me to go back and clear out some of the old "matches" that the computer made for me back from last year.

In this case, I had my "A" and "B" named baseball cards listed, when I saw user hafengr and I still had a match made. Upon investigating further, he was looking for a 2013 Topps Alex Avila that I had, while in return he sent me this: 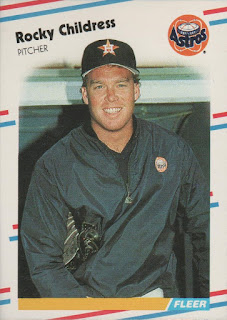 Card #442 from the 1988 Fleer set was a rookie card of Astros pitcher Rocky Childress. No, this isn't another obscure player from my hometown. This is actually the last base card I needed to compete the 88 Fleer set!

If you remember from a long time ago, I started this quest with a factory set of 1988 Fleer. Before I knew it, I had sent off a copy of this card, as well as Cardinals pitcher Bill Dawley's card #29 for signatures. While they both came back signed, I no longer had a complete set. So I resolved to get a copy of Dawley's card and this Childress, as well as the errors/variations from the set, and the two inserts. The Dawley card came to me quickly (I actually detailed it in my very first post here). This one took a bit longer, but now all that's left is 34 cards.

I recently made a vow to myself to double down on my efforts to complete this set. I have a box of Ultra Pro pages on the way and will be picking up a binder tomorrow, so if you'd like to help me out, my wantlist is here.

Thanks for the trade Greg; perhaps we can do another one sometime!

This other collection of goodies wasn't a trade, but rather the results of one of Colbey's Affordable Group Breaks. For a measly $18, Colbey afforded each of us two slots in a break that included a box of 2004 Topps Clubhouse (20 cards, all relics or autos), 2002 Topps Gallery, and as a bonus a blaster of 2017 Panini Diamond Kings and a Fairfield repack. Not bad! I chose the Reds for my first team (of course) and ended up with the Twins as my second after randomization and a trade. Let's see what Twins cards emerged first.

Leading off, the Twins portion of the Fairfield repack: 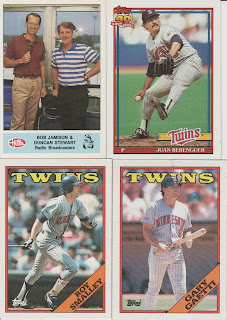 A grouping of four cards, made more interesting by the broadcasters card in the upper left; you don't see those very often!

After documenting this card on the TCDB, I realized my mistake. Bob Jamison and Duncan Stewart were actually radio announcers for the Nashville Sounds. The card is from the 1987 team set, when the Sounds were a Reds affiliate. Thus, this is actually a Cincinnati MiLB card and fits into my Reds collection nicely.

Moving along with more Twins, however... 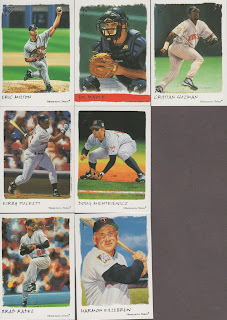 The box of Topps Gallery actually netted me all seven of the Twins cards in the set, including the Killebrew, Puckett, and the Joe Mauer rookie card.

The box of Diamond Kings was apparently as Twins hot box as well, as four of the 35 cards represented the team from Minnesota: 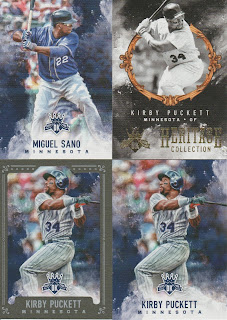 Three more Kirby Puckett cards to boot, with one of them being the green bordered parallel! In addition, the Sano is a short print. All Twins cards shown here except the Mauer and Sano are available for trade if anyone desperately would like to add them to their collection. If not, I'll file them away for now.

Let's move on to the Reds. I already touched on one of the Reds components of the Fairfield repack, but there was also this: 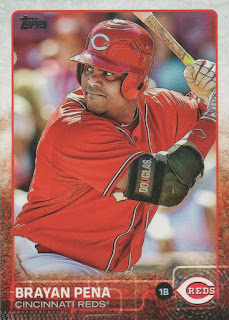 The 2017 Diamond Kings blaster had something for me as well, coming in the form of this card of the legendary Heinie Groh: 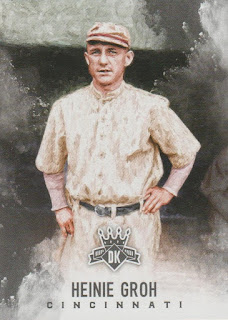 It's a nice change of pace to see names like Groh, Gabby Hartnett, and Johnny Pesky in a modern set.

While the Reds weren't as plentiful as the Twins in the Gallery box, I did manage to land four of the seven cards in the team set: 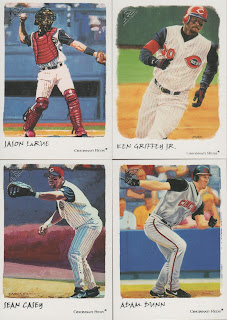 You might have noticed that I didn't get any Twins cards from the Clubhouse Collection box. How about Reds cards? 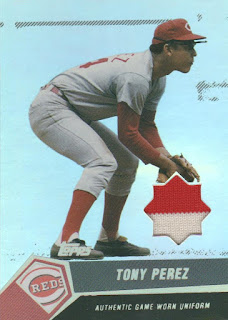 How about this for some oompf? Tony Perez game worn relic, and it's the Black parallel version, meaning... 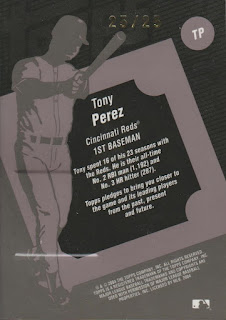 Side note, I actually hate the term eBay 1 of 1. All cards are eBay 1 of 1s. Especially all serial numbered cards. There is only one of these Tony Perez cards numbered 8/25. But that's a different rant for a different day.

Putting the finishing touches on this today, I received two other cards from Colbey. One more from the group break: 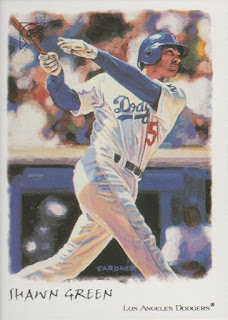 This one came my way from the person who had the Dodgers, after I made a mention that if there were any Shawn Green cards pulled I'd like to have a talk with said person. He generously offered to have Colbey said any Shawn Green cards my way for nothing (it may have helped that the Dodgers were represented by a Jackie Robinson bat relic). So for that, I thank you sir! 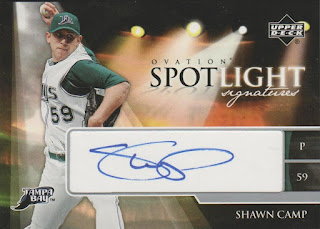 Colbey offered up a handful of cards from his collection for free in the week or so leading up to the break. Seeing as Shawn Camp wasn't yet represented in my autograph collection, I was happy to add this card in there as well.

Big thanks to Colbey for hosting the break and for the free cards. Speaking of, he's got a few more up for grabs too on the Facebook page. If you want to stay up to date on the breaks and maybe snag a few nice cards for your own collection, you can find the Facebook page here.

As always, thanks for reading. Hoping to get another post up this week, but as I'm finding out as I get older, this 24 hours in a day thing just might be a myth. Have a great rest of your evening and thanks for reading!


Posted by Hoarding Cardboard at 6:58 PM