I couldn't think of a clever title for this post, but I did the best I could. Marc from Remember the Astrodome recently reached out to me and asked for my mailing address, as he had some cards he wanted to send my way. Within a few days, a packed bubble mailer had shown up from Bru, and the goodness inside should have been shown off a long time ago. Alas, I fell behind, but I'm here today to try and make up for that!

Marc hit some serious Reds holes from mainly the 1990s, but with plenty of 2000s sprinkled in as well: 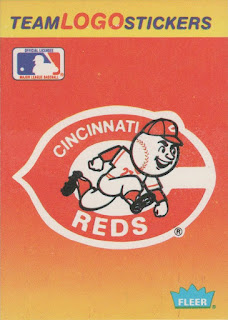 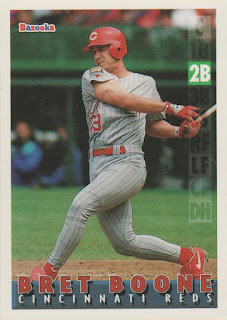 Bazooka cards are some of my favorites from the 1990s. I may start going after those sets once I finish off 1994 Upper Deck Fun Pack (wantlist here!) and it's 1993 counterpart (not yet started). 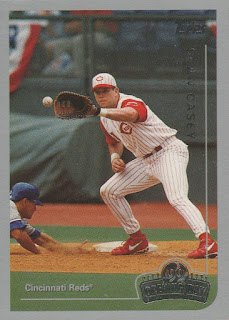 Another run I've always had a soft spot for, Opening Day cards are not often seen in my collection before 2013. 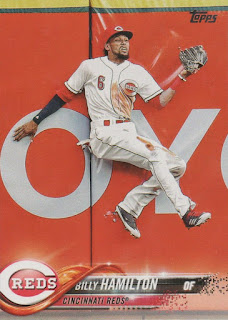 This flagship Billy Hamilton card has been making the rounds on blogs since Series 1 was released, and for good reason. I'm happy to finally add it to my collection. 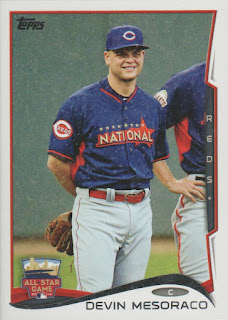 I know some hate the inclusion of the All-Star cards in the Update series every year, but for whatever reason it's a quirk that I don't mind. 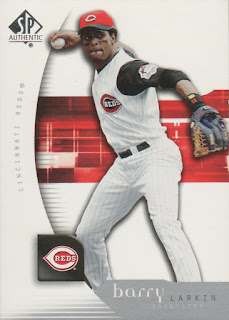 Absolutely love this SP Authentic card of Barry Larkin. There are rumblings in the Reds fan base (which, truthfully, don't mean much) that Larkin may be first in line for the Reds managerial job if they give Bryan Price the heave-ho (or if he does it himself). I gotta say, I wouldn't be disappointed seeing Larkin in a uniform in the dugout again. 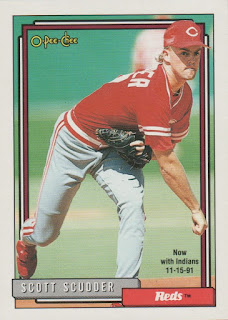 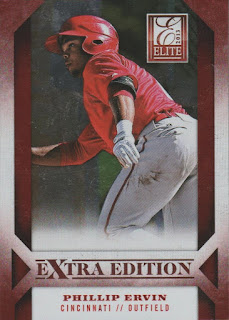 Love this card of the youngster Phillip Ervin. The only negative? He's one of the odd men out in a deep outfield in Cincinnati (at least in my eyes).

Not only was the bubble mailer packed with cards of my favorite club, but Marc remembered to take a swing at some of my player collections too!

First up a couple of Joey Votto cards. Not sure what's new here, but I love the photography on that Stadium Club card! 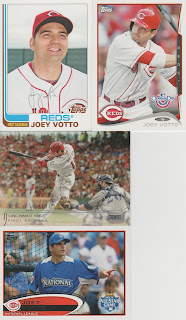 Next we have some new Buster Posey cards. The Bowman Then and Now from last year's Topps is a duplicate, but the rest of these are brand new to me! 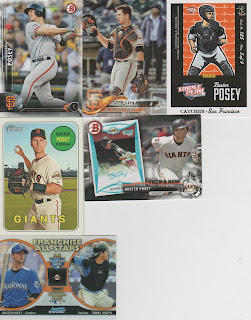 Of course, it wouldn't be a complete package from Marc if he didn't bolster my Shawn Green collection! Let's also note that the 1993 minor league card isn't a picture of Shawn Green at all; rather, it's Alex Gonzalez! 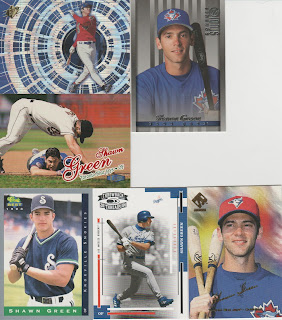 Finally, there was one other awesome highlight in the package. Marc probably thought it would go towards the Reds collection, but... 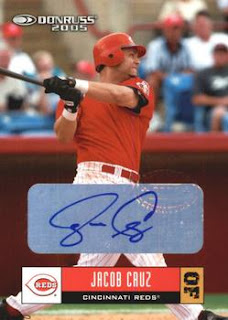 I don't yet have Jacob Cruz represented in my autograph binder, so that's where this 2005 Donruss is headed!

Thanks for an awesome package Marc! I'll be sure and get some Astros rounded up and headed your way soon. As always, thanks to everyone for reading, and think spring!

Posted by Hoarding Cardboard at 6:35 PM